The egg diet is a protein-heavy, low calorie and low carbohydrate diet. It is for people aiming to lose weight without losing the built muscles. Egg diet plan has multiple versions in which only water and zero-calorie beverages are recommended. Most versions of egg diet can provide the energy needed to maintain the body functions.

Eggs can provide protein and fat for the body. It can also provide Vitamin D, Vitamin A, Vitamin B complex and phosphorous needed by the body to convert food into energy. Here are three egg diet plans that are most popular for losing weight.

Traditional Egg Diet:
The most popular version of diet which not only consists of eating eggs alone but also involves a majority of protein from eggs. The following diet plan can be followed which restricts the intake of carbohydrate in it.

In this diet, salads and low carbohydrate vegetables are allowed. But carbohydrate foods such as bread, potatoes, and pasta are limited.

Egg and Grapefruit Diet:
In this diet, half a grapefruit should be included with each meal. The remaining diet should be followed as per the earlier diet plan.

Extreme Egg Only Diet:
This is the most extreme version of the diet in which only hard-boiled eggs and drinking water or crystal light drink mix were included. This version of egg diet should be avoided which can lead to unhealthy bowel function.

Benefits of Eggs for Kids 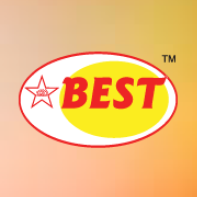 SKM Best Eggs
SKM eggs are the best-in-class product which provides fresh, clean and hygienic eggs to lead the healthiest life. Our eggs are produced with 100% vegetarian feed without any harmful pesticides.

SKM eggs are the best-in-class product which provides fresh, clean and hygienic eggs to lead the healthiest life. Our eggs are produced with 100% vegetarian feed without any harmful pesticides.
Contact us: author@blog.skmbesteggs.com
© SKM Best Eggs